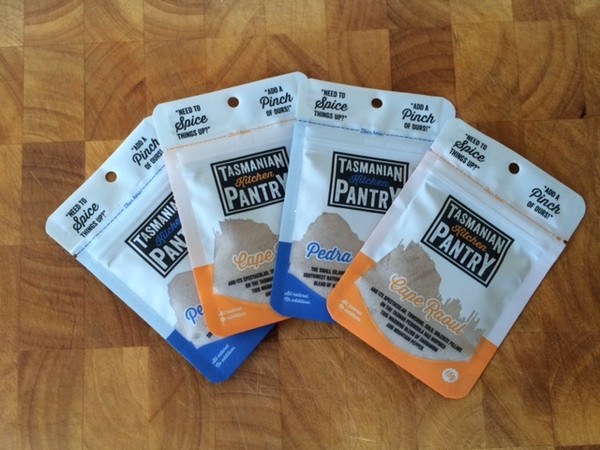 It contains pure ground seaweed, an edible variety known as Undaria which has migrated from Japan where it is cultivated.

It has established itself in the clear waters off Triabunna on Tasmania’s south-east coast. Undaria is rich in potassium, sodium, calcium, phosphorus and magnesium, as well as essential trace elements such as iodine.

But it is most highly prized for its strong ocean flavour; it is farmed in Japan, where many thousands of tonnes are consumed annually.

A mixture of herbs and spices has been added to complement and emphasise the natural flavour of fish, crustaceans, scallops and other shellfish. There are no additives or preservatives.

Join our newsletter
Subscribing to our newsletter keeps you up to date with Special Events at our cafe, on sale products, exclusive deals and more. Creating an account using your email earns reward points for every dollar you spend. All can be redeemed in store/on-line.